A reliable partner for blog and website development on Movable Type platform. 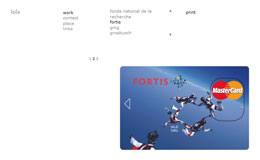 Filipe Dos Santos Oliveira from Lola Communication asked me to do a number of complex updates to his company www.lola.lu Web site.

What I've been asked to do for Lola Communication, Luxembourg was to convert www.lola.lu from a flash Web site into an HTML, fully indexable Web site, allow them full independence on publishing new stuff, search engine optimization, rss feeds and an audio player feature.

I personally know Filipe Dos Santos Oliveira since early 2007, while he was project manager at Vanksen Group, Luxembourg, company from which I've subcontracted a couple of projects for Arcelor Mittal (the steel giant).

On August 25th, 2008 I've got an email that Filipe sent to his contacts announcing that he decided to leave the Vanksen Agency. The message was very kind, but I must confess in one hand I felt sorry to hear that, and on the other hand I was suspecting that in fact Filipe is going to devote his energy and talent to serve another excellent media company.

On October the 3rd, Filipe contacted me by Skype and email telling me that he is now with Lola Communications and he would like to involve me on redoing this company Web site.

Converting from Flash to HTML

Basically, the very first aspect that Filipe mentioned is that his company Web site was in flash and for publishing new stuff his team had to always ask an external provider for doing the job. He was looking now for me to provide a CMS solution which to allow them publishing independence.

Another important aspect was the search engine optimization. I've mentioned Filipe that his flash Web site, since it is just a SWF file (flash file), there are no urls, no keywords, no text that Google and other search engines could crawl and consequently list lola.lu Web pages on search results pages.

Therefore, I've recommended Filipe to extract the content from the flash file and to configure the new CMS module so that each and every image from his former Web site gets a Web page, a title, as well as a couple of optional fields where the Lola Editors could provide additional information for search engines such as: heading, text description, meta title, meta description and meta keywords.

I didn't limit to having each image page get its unique URL, but I've configured the CMS so that all the Lola Communications sections get their unique Web page (and consequently URL).

An important aspect on doing this work was to extract all the images from his flash Web site, to make an inventory and see where each image goes, as well as replicating that organization and uploading each and every image within the chosen CMS environment, Movable Type.

After hand coding the xhtml/css layout, I had to integrate it within the movable type templating system in order to be able to achieve the goals I've planned for.

At that stage I was ready with the HTML version of the flash Web site. However, another request from Filipe was to replicate a fade in effect from his initial flash version and so I had to ask my flash guy to develop a small flash with my very precise specifications which to allow me to push the image that has to get the fade in effect applied to.

Once the flash was ready, I've integrated it within the movable type development.

Another request that Filipe had was to get rss feeds for his Lola Communication Web site, and so I've coded for him an rss feeds in three formats: rss v2.0, rss v1.0 (rdf) and atom v1.0.

Being a web site developer that I'm always trying to offer my customers the best solutions I could think about, I've proposed Filipe and he accepted to develop a mini section which to allow him to upload and turn on or off mp3 files that he wants to be part of the background mp3 player playlist.

Last but not least, as an online marketing specialist, I've implemented a couple of more search engine optimization techniques for www.lola.lu that are meant to get the Web site crawled by Google and virtually no time.

Worth mentioning is that the new Web site measures over 120 Web pages now, which all contain both text and images, as well as some powerful search engine optimization components (if the Lola Editor is spending some time for each page to provide this valuable information).

The whole idea here is that, once alerted, the search engines are going to crawl the newly published content right away rather than coming to the site to look for new content every few days, weeks or months.

In other words, if the Lola Editor publishes a new page today, Google and other search engines will be alerted right away, they will add the new page to their indexes within 24 to 72 hours and so people from around the Web could find this new Web page in search results.

I'm going to show you below a screenshot of how an individual image Web page looks like.

Would you like to have a look at the Web site? Go to www.lola.lu. 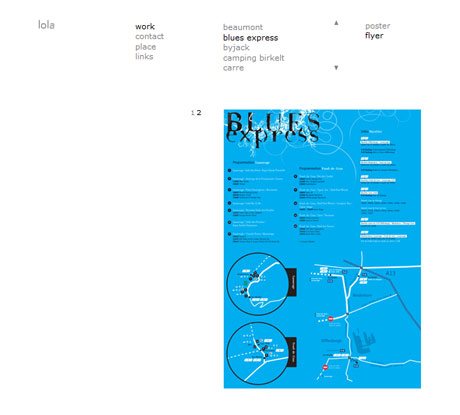