The service provided by PRO IT Services is a tailor made solution.

As Movable Type consultant I've tried to offer as many movable type related services as possible. However, I must confess that I didn't think about such a service on my own. 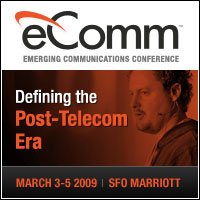 Lee Dryburgh from eCommConf.com came to us asking to clone his movable type development from his official server and host it under one of our web hosting servers at Pair Networks, Inc.

Therefore, Lee had the official movable type project at www.ecommmedia.com and the cloned version at www.ecomm2008.com.

Lee didn't limit at having us clone his project, but contracted us to also refresh his cloned version every week by taking the updates from the official implementation and setting them up also on our server.

At the moment we're hosting the Ecomm 2009 Conference Web site clone at www.ecomm2009.com, while the official implementation is available at www.Ecommconf.com. If, between autumn 2008 and December 31st, 2008 we've contracted to backup the project every 2 weeks, for the period January the 1st, 2009 and March the 6th, 2009 when the conference itself is going to start we've contracted to refresh the cloned version every week.

The idea behind having an emergency copy of an official movable type implementation hosted on a completely different server has a few major advantages.

From experience I could say that cloning your movable type implementation elsewhere could help you restore your official version, in case something wrong happens with it.

We've had Lee Dryburgh from eCommConf.com asking us for help to restore his official implementation. He had someone trying to do some changes which screwed his Web site and so he asked us to restore.

Starting with Lee Dryburgh, we've used the cloned projects we're hosting to do further developments which, once confirmed, we could port on the official release.

Let's assume that your main hosting provider is going to be hacked and consequently your movable type project is affected. Having a second hosting provider could allow you to either restore your project or switch the server provider without any extra efforts.

In case of a serious failure with the official version (hosting server failure or anything else) one could simply switch the project to the cloned version hosted with us.

As very experienced movable type providers we guarantee that what we are hosting will be available in any circumstances.

To avoid any incident we're automatically creating a full backup of our customers web sites data, as well as mysql database(s) which allows us to restore a customer's project within minutes in case of any unpredictable disaster.