Pro-IT-Services have been instrumental in creating and hosting an excellent blog site. Enabling us to provide both existing and potential clients with a steady stream of up to date information on our artists latest work. I recommend their service to anyone who wants to work with a professional and positive company.

About PRO IT Service S.R.L.

The company was started way back in 2002, by Mihai Bocsaru, Owner, Web Developer and SEO Consultant at PRO IT Service.

Until 2008 we've worked on over 300 website projects, most of them based on the movable type publishing platform and coming from the US market, Europe, Asia and Australia.

For over a decade we're delivering website projects mainly based on WordPress, Drupal and Movable Type, as well as eCommerce solutions based on WooCommerce, Shopify, Magento, PrestaShop, OpenCart and CubeCart.

Please take a look at our portfolio to see some of the websites that we've built over time. Hopefully one day we will have time to keep our Portfolio updated with our latest projects.

Among our customers let us mention:

Metro has been awarded the accolade of 'World's Largest International Newspaper', by Guinness World Records.

With its unbiased views, engaging features and simple design, Metro has been the preferred source of morning news for metropolitans since its launch in early 1995; and it comes for free!

Created in 2004 by three high profile freelance journalists, Shiny Media is a new media company producing over 40 websites across a number of areas including fashion, technology, lifestyle, sport and games.

Shiny Media is the UK's leading commercial blog publisher. They have 40 blogs which between them attract around 3.5 million visitors each month.

ArcelorMittal is the world's number one steel company, with over 326,000 employees in more than 60 countries. It has led the consolidation of the world steel industry and today ranks as the only truly global steelmaker.

FastServers.Net has developed into a prominent leader in the hosting industry on a global scale. Since the launch of FastServers.Net (formerly PowerSurge) in 1996, the company has experienced considerable growth, now hosting over 3,500 servers in three data centers across the nation.

Among the Millennium Development Goals which the United Nations has set for the 21st century, halving the proportion of hungry people in the world is top of the list.

Scheduled to go into operation in 1963 as a three-year experimental programme, WFP was up and running before it could walk.

An earthquake hit Iran in September 1962, followed by a hurricane in Thailand in October. Meanwhile, newly independent Algeria was resettling 5 million refugees. Food was urgently needed and WFP supplied it, and it has never stopped since then. 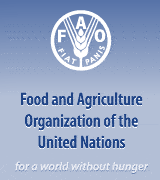 The Food and Agriculture Organization of the United Nations leads international efforts to defeat hunger. Serving both developed and developing countries, FAO acts as a neutral forum where all nations meet as equals to negotiate agreements and debate policy.

FAO is also a source of knowledge and information. We help developing countries and countries in transition modernize and improve agriculture, forestry and fisheries practices and ensure good nutrition for all. Since our founding in 1945, we have focused special attention on developing rural areas, home to 70 percent of the world's poor and hungry people.

These big names would have been a huge opportunity for us, but we didn't have the physical capacity to take more work at that time apart from our commitment to Metro International SA and Shiny Media, both based in London.

You should know that we are not working only with "big name" corporations like the ones mentioned above. Over the last 36 months we've accepted any work coming from all over the world, from private persons, small or medium size publishing companies.

It happened only once during the last 3 years to tell a new customer that we could not take his project. The client was Adidas, and nevertheless we would have loved to work on their 'Adidas Runner' project, we couldn't take the job for two very serious reasons. In one hand their delivery time frame was extremely short, and on the other we were already very busy with a few other large projects.

Everything started when Mihai was just 12 years old; he greatly enjoyed working with ancient computers and writing basic software. Later, with the coming of the Internet Age, Mihai was fascinated by this industry's huge potential.

He entered the job market as a part time web developer at just 15 years old, working in the afternoons, after his high school courses. This job was so exciting that at 18-19 years old he was already teaching Web Programming at a Private Training Institution in Bucharest. One year later he got a scholarship and moved to Rome, Italy, where he continued his studies and started to work initially as a Web Master, then Web Developer; was promoted to Daily Technical Assistant and finally became Technical Director.

At the end of 2005, beginning of 2006 Mihai decided that he needs to take a major decision regarding his company future strategy and he decided to put an end to the collaboration with a large Italian contractor and to start offering Web Development services to more than one single customer.

Since then the company registered very good results and we are proud to have been worked already on over 300 projects over the last 36 months.

During 2007, Six Apart invited Mihai Bocsaru and PRO IT Service S.R.L. to become Six Apart Partners for EMEA and an Authorized Partner for Movable Type. At that time, we've been part of the Six Apart Professional Network (ProNet) already for 5 years.

To find out about some of the projects that we've delivered please check our online Portfolio. The amount of work was so intense that we never had time to keep our portfolio up to date.

Your sincerely,
PRO IT Service Team